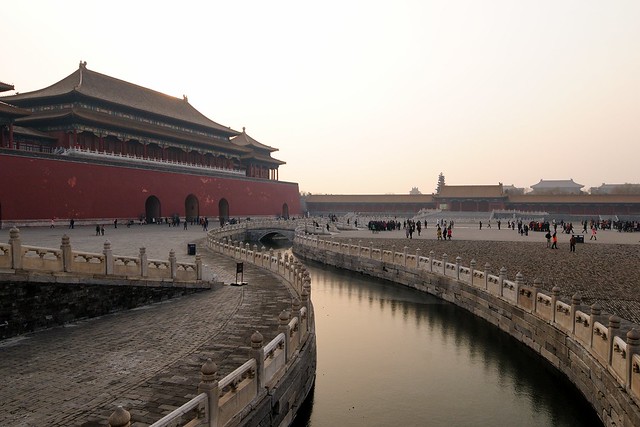 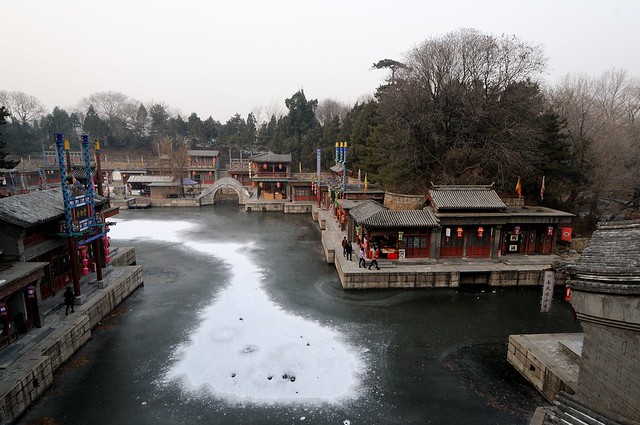 Beijing (/beɪˈdʒɪŋ/; Chinese: 北京; pinyin: Běijīng, [peɪ˨˩ t͡ɕiŋ˥] ( )), sometimes romanized as Peking (/piːˈkɪŋ/, /peɪˈkɪŋ/), is the capital of the People's Republic of China and one of the most populous cities in the world. The population as of 2012 was 20,693,000. The metropolis, located in northern China, is governed as a direct-controlled municipality under the national government, with 14 urban and suburban districts and two rural counties. Beijing Municipality is surrounded by Hebei Province with the exception of neighboring Tianjin Municipality to the southeast.

Beijing is the second largest Chinese city by urban population after Shanghai and is the nation's political, cultural, and educational center. It is home to the headquarters of most of China's largest state-owned companies, and is a major hub for the national highway, expressway, railway, and high-speed rail networks. The Beijing Capital International Airport is the second busiest in the world by passenger traffic.

The city's history dates back three millennia. As the last of the Four Great Ancient Capitals of China, Beijing has been the political center of the country for much of the past eight centuries. The city is renowned for its opulent palaces, temples, gardens, tombs, walls and gates, and its art treasures and universities have made it a center of culture and art in China. Encyclopædia Britannica notes that "few cities in the world have served for so long as the political headquarters and cultural centre of an area as immense as China."