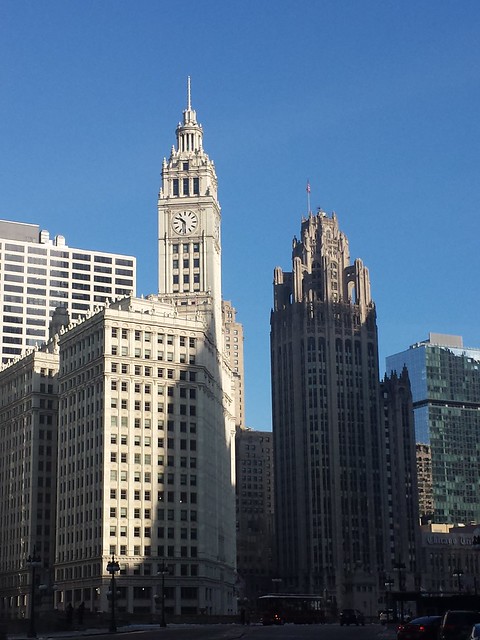 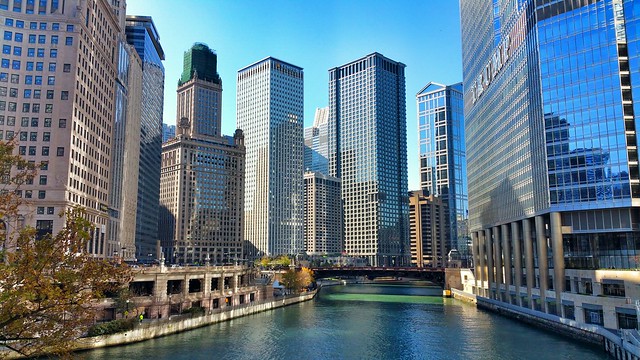 Chicago (/ʃɪˈkɑːɡoʊ/ or /ʃɪˈkɔːɡoʊ/) is the third most populous city in the United States, after New York City and Los Angeles. With 2.7 million residents, it is the most populous city in both the U.S. state of Illinois and the American Midwest. Its metropolitan area, sometimes called Chicagoland, is home to 9.5 million people and is the third-largest in the United States. Chicago is the seat of Cook County, although a small part of the city extends into DuPage County.

Chicago was incorporated as a city in 1837, near a portage between the Great Lakes and the Mississippi River watershed, and experienced rapid growth in the mid-nineteenth century. Today, the city is an international hub for finance, commerce, industry, technology, telecommunications, and transportation, with O'Hare International Airport being the second-busiest airport in the world in terms of traffic movements. In 2010, Chicago was listed as an alpha+ global city by the Globalization and World Cities Research Network, and ranks seventh in the world in the 2012 Global Cities Index. As of 2012[update], Chicago had the third largest gross metropolitan product in the United States, after the New York City and Los Angeles metropolitan areas, at a sum of US$571 billion.

In 2012[update], Chicago hosted 46.37 million international and domestic visitors, an overall visitation record. Chicago's culture includes contributions to the visual arts, novels, film, theater, especially improvisational comedy, and music, particularly jazz, blues, soul, and the creation of house music. The city has many nicknames, which reflect the impressions and opinions about historical and contemporary Chicago. The best-known include the "Windy City" and "Second City." Chicago has professional sports teams in each of the major professional leagues.