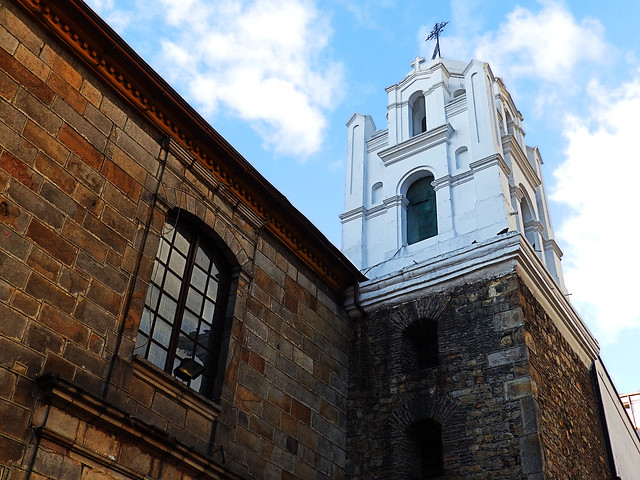 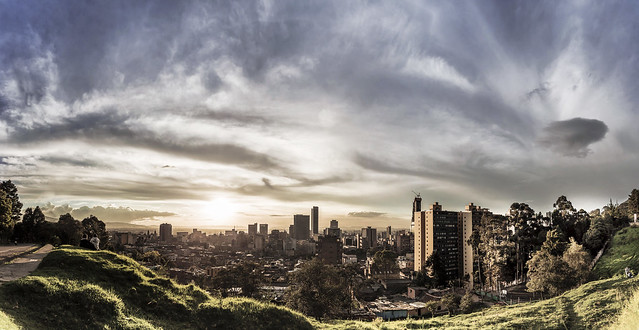 Bogotá (Spanish pronunciation: [boɣoˈta] ( )), formally Bogotá, Capital District (Spanish: Bogotá, Distrito Capital), from 1991 to 2000 called Santafé de Bogotá, is the capital and largest city of Colombia. It is also designated by the national constitution as the capital of the department of Cundinamarca, though the city of Bogotá now comprises an independent capital district and no longer belongs administratively to Cundinamarca. Bogotá is the most populous city in the country, with 7,363,782 inhabitants as of 2010. Bogotá and its metropolitan area, which includes municipalities such as Chía, Cota, Soacha, Cajicá and La Calera, had a population of around 8 million in 2010.

In terms of land area, Bogotá is the largest city in Colombia, and one of the biggest in Latin America. It figures among the 30 largest cities of the world and it is the third-highest capital city in South America at 2,625 metres (8,612 ft) above sea level, after Quito and La Paz. With its many universities and libraries, Bogotá has in past been called "The Athens of South America". Bogotá owns the largest moorland of the world, which is located in the Sumapaz Locality. The city ranked 54th in the 2010 Global Cities Index, and is listed as global city of the Beta+ kind by the GaWC.