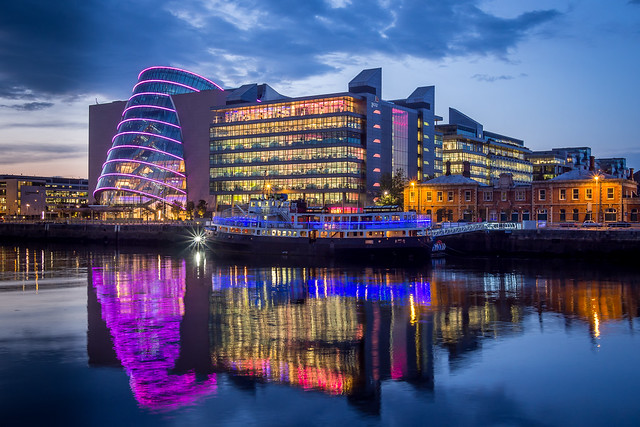 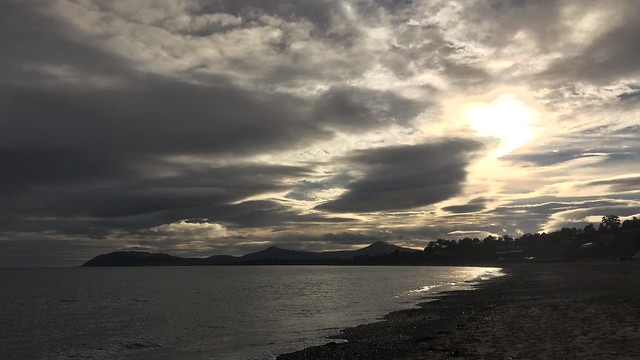 Dublin (/ˈdʌblɨn/; locally /ˈdʊb(ə)lən/; Irish: Baile Átha Cliath, meaning "town of the hurdled ford", pronounced [blʲaˈklʲiə] or Áth Cliath, [aː klʲiə], occasionally Duibhlinn) is the capital and most populous city of Ireland. The English name for the city is derived from the Irish name Dubhlinn, meaning "black pool". Dublin is situated in the province of Leinster near the midpoint of Ireland's east coast, at the mouth of the River Liffey and the centre of the Dublin Region.

Founded as a Viking settlement, it evolved into the Kingdom of Dublin and became the island's principal city following the Norman invasion. The city expanded rapidly from the 17th century; it was briefly the second largest city in the British Empire and the fifth largest in Europe. Dublin entered a period of stagnation following the Act of Union of 1800, but it remained the economic centre for most of the island. Following the partition of Ireland in 1922, the new parliament, the Oireachtas, was located in Leinster House. Dublin became the capital of the Irish Free State and later the Republic of Ireland.

Like the cities of Cork, Limerick, Galway and Waterford, Dublin is administered separately from its respective County with its own City Council. The city is listed by the Globalization and World Cities Research Network (GaWC) as a global city, with a ranking of "Alpha-", placing Dublin among the top 30 cities in the world. It is a historical and contemporary cultural centre for the country, as well as a modern centre of education, the arts, administration, economy, and industry.